Overview
Noticed that your foot is getting flatter and more painful? Do you have difficulty walking or performing exercise activity without leg and arch pain? Have you heard the term "fallen arches"? All of these things refer to a condition known as posterior tibial tendon dysfunction. This is an inflammation and overuse syndrome of one of the long tendons that pass from the leg around the inside of the ankle and attaches to the inside arch of the foot. The posterior tibial tendon?s job is to help support the arch and allow for more efficient gait.

Causes
Women are affected by Adult Acquired Flatfoot four times more frequently than men. Adult Flatfoot generally occurs in middle to older age people. Most people who acquire the condition already have flat feet. One arch begins to flatten more, then pain and swelling develop on the inside of the ankle. This condition generally affects only one foot. It is unclear why women are affected more often than men. But factors that may increase your risk of Adult Flatfoot include diabetes, hypertension, and obesity.

Symptoms
The symptoms of PTTD may include pain, swelling, a flattening of the arch, and inward rolling of the ankle. As the condition progresses, the symptoms will change. For example, later, as the arch begins to flatten, there may still be pain on the inside of the foot and ankle. But at this point, the foot and toes begin to turn outward and the ankle rolls inward. As PTTD becomes more advanced, the arch flattens even more and the pain often shifts to the outside of the foot, below the ankle. The tendon has deteriorated considerably and arthritis often develops in the foot. In more severe cases, arthritis may also develop in the ankle. Symptoms, which may occur in some persons with flexible flatfoot, include. Pain in the heel, arch, ankle, or along the outside of the foot. ?Turned-in? ankle. Pain associated with a shin splint. General weakness / fatigue in the foot or leg.

Diagnosis
In the early stages of dysfunction of the posterior tibial tendon, most of the discomfort is located medially along the course of the tendon and the patient reports fatigue and aching on the plantar-medial aspect of the foot and ankle. Swelling is common if the dysfunction is associated with tenosynovitis. As dysfunction of the tendon progresses, maximum pain occurs laterally in the sinus tarsi because of impingement of the fibula against the calcaneus. With increasing deformity, patients report that the shape of the foot changes and that it becomes increasingly difficult to wear shoes. Many patients no longer report pain in the medial part of the foot and ankle after a complete rupture of the posterior tibial tendon has occurred; instead, the pain is located laterally. If a fixed deformity has not occurred, the patient may report that standing or walking with the hindfoot slightly inverted alleviates the lateral impingement and relieves the pain in the lateral part of the foot.

Non surgical Treatment
The adult acquired flatfoot is best treated early. Accurate assessment by your doctor will determine which treatment is suitable for you. Reduce your level of activity and follow the RICE regime. R - rest as often as you are able. Refrain from activity that will worsen your condition, such as sports and walking. I - ice, apply to the affected area, ensure you protect the area from frostbite by applying a towel over the foot before using the ice pack. C - compression, a Tubigrip or elasticated support bandage may be applied to relieve symptoms and ease pain and discomfort. E - elevate the affected foot to reduce painful swelling. You will be prescribed pain relief in the form of non-steroidal antiinflammatory medications (if you do not suffer with allergies or are asthmatic). Immobilisation of your affected foot - this will involve you having a below the knee cast for four to eight weeks. In certain circumstances it is possible for you to have a removable boot instead of a cast. A member of the foot and ankle team will advise as to whether this option is suitable for you. Footwear is important - it is advisable to wear flat sturdy lace-up shoes, for example, trainers or boots. This will not only support your foot, but will also accommodate orthoses (shoe inserts). 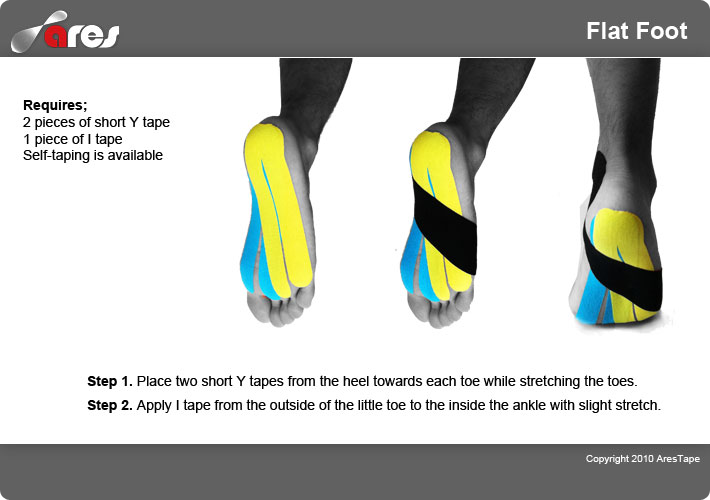 Surgical Treatment
Flatfoot reconstruction (osteotomy). This is often recommended for flexible flatfoot condition. Flatfoot reconstruction involves cutting and shifting the heel bone into a more neutral position, transferring the tendon used to flex the lesser toes (all but the big toe) to strengthen the posterior tibial tendon, and lengthening the calf muscle. Fusion (also known as triple arthrodesis). Fusion involves fusing, or making stiff, three joints in the back of the foot the subtalar, talonavicular, and calcaneocuboid joints, to realign the foot and give it a more natural shape. Pins or screws hold the area in place until it heals. Fusion is often recommended for a rigid flatfoot deformity or evidence of arthritis. Both of these surgeries can provide excellent pain relief and correction.

« What Causes Calcaneal Apophysitis? What Is Causing Pain In The Arches ? »
Profile

Login to quote this blog

You cannot quote because this article is private.